“ ..A small group of prints and paintings made by Homer after 1884 continues his themes of anxiety, struggle, and stoicism in the face of tragedy.. ” 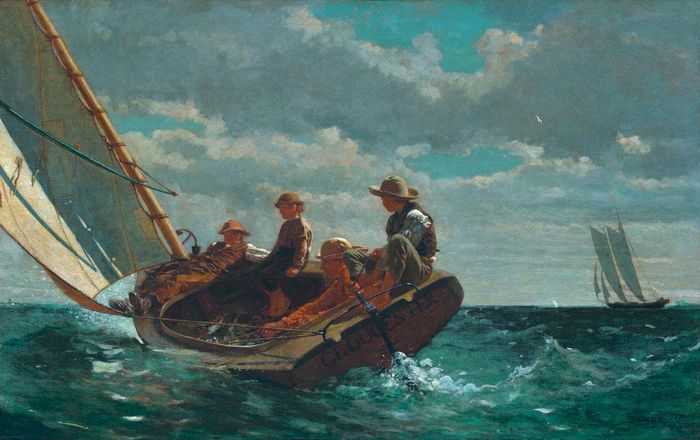 In 1873 Homer began to work in watercolour, which allowed him to make rapid, fresh observations of nature. In that demanding medium, he explored and resolved new artistic problems, and his paintings of the next few years, such as Breezing Up (A Fair Wind) (1873–76), reflect the invigorating effect of watercolour.
With the outbreak of the American Civil War, Homer made drawings at the front for Harper’s, but, unlike most artist-correspondents, he dealt more often with views of everyday camp life than with scenes of battle. As the war dragged on, he concentrated increasingly on painting. In 1865 he was elected to the National Academy of Design. Admirably capturing the dominant national mood of reconciliation, his Prisoners from the Front (1866) was warmly received when exhibited at the academy shortly after the war ended.

Once in the lake, the deer would be clubbed, shot, or drowned easily by hunters in boats. In Sketch for “Hound and Hunter,” a young boy struggles to secure a dead deer while also attending to his dog. It was an unusual subject that many found disturbing; critics mistakenly believed that the hunter here was struggling to drown a live deer when in fact, as Homer explained, the deer was already dead.
Winslow Homer, The Red School House, 1873, oil on canvas, Collection of Mr. and Mrs. Paul Mellon, 1985.64.21 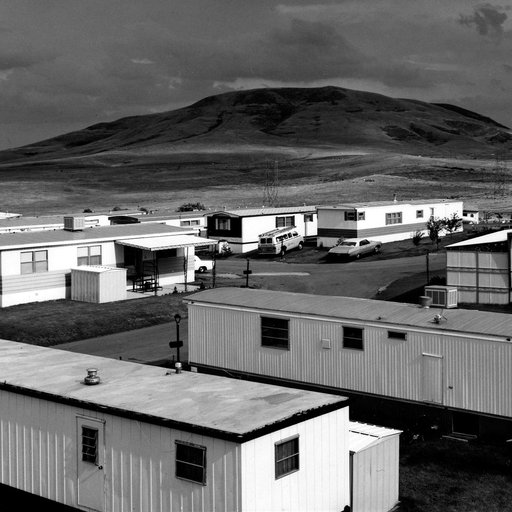 As between you and Artspace (or other company whose marks appear on the Site), Artspace (or the respective company) is the owner and/or authorized user of any trademark, registered trademark and/or service mark appearing on the Site, and is the copyright owner or licensee of the Content and/or information on the Site, unless otherwise indicated.
He has been the focus of numerous museum exhibitions, and is included in many important collections of American art.