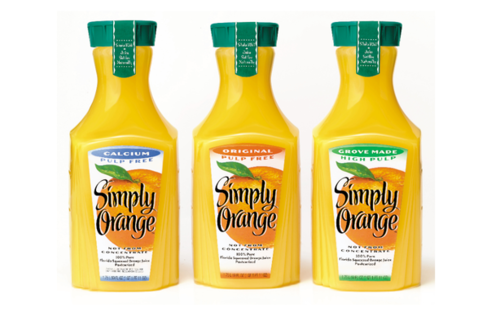 Coca-Cola won’t say how it makes its best-selling Simply Orange orange juice, but one thing is for sure: It’s not so simple. A new investigation by Bloomberg Businessweek shows that the Coke-owned orange juice brand that’s billed as less processed version of Tropicana is in fact a hyper-engineered and dauntingly industrial product. The factory in Florida where the bulk of Coke’s orange juice products are made sounds less like a bucolic grove where natural things grow than an oil refinery where natural things go to die. And yes, that includes the “Grove Made” variety.

I think this is pretty amazing, from a geek’s perspective.

I just heard on an NPR program the other day that huge snack/bev companies like PepsiCo. are throwing their weight behind healthy foods because they don’t plan junk food to be their future. It’s much like Dubai building itself into an insane hypercity or BP putting its money into alternative energy research. Except one thing: fossil fuel is sure to run out, but who knows how consumers will think about health in 5, 10, 50 years? I hope these food companies have done their modeling and are right about this trend.