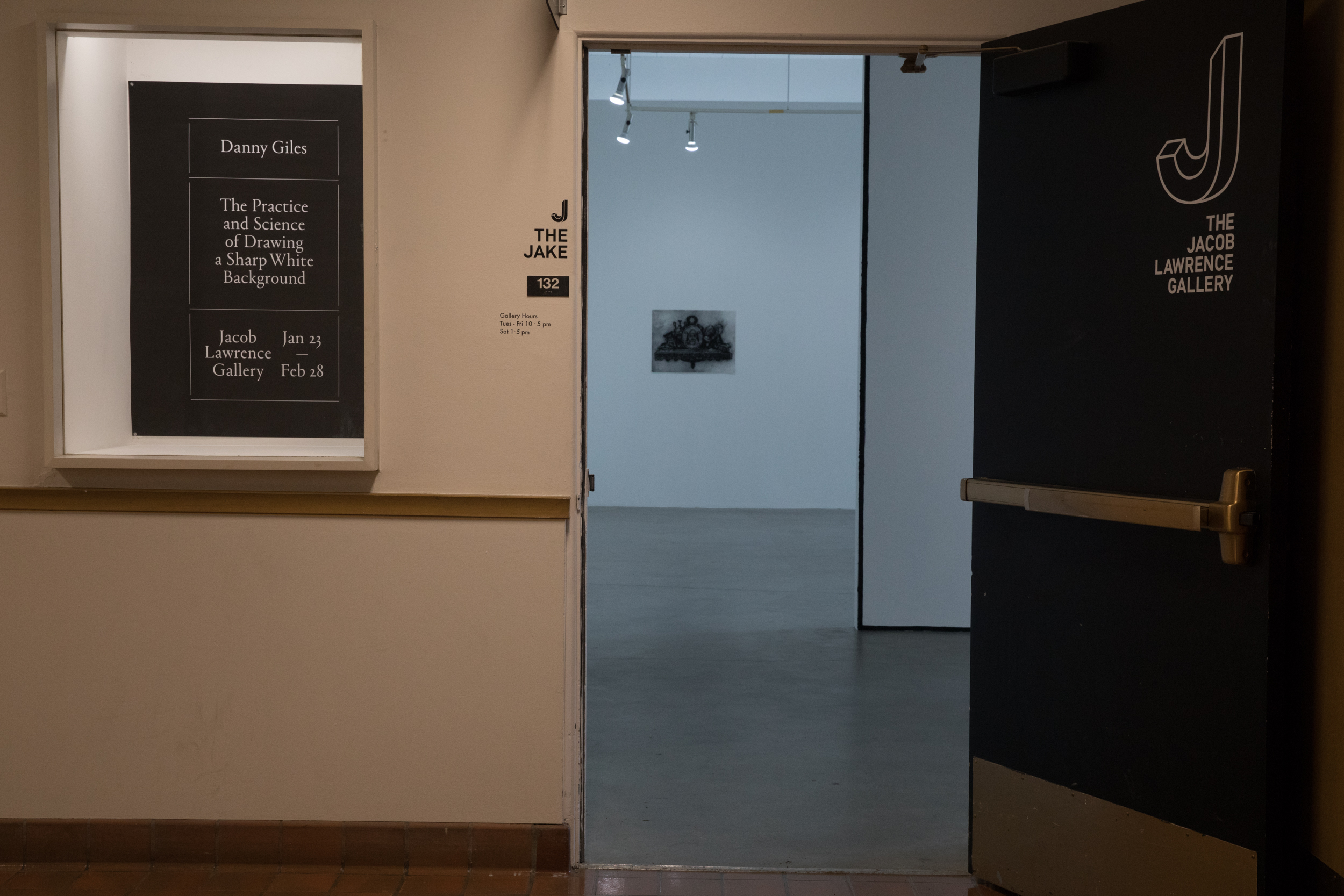 The Jacob Lawrence Gallery is tucked away in the School of Art, on the northeast edge of the campus quad. Once through the school’s entryway, you head down two brown-tiled hallways, past advising offices, lockers, and walls adorned with school announcements and art posters. The gallery’s door is black, marked with a transparent J in the upper-right corner. A small plaque, acknowledging the land and waters of the Coast Salish Peoples, greets you. On a recent Friday, charcoal drawings by the Chicago-based artist Danny Giles were on display, starkly alive against white walls and a natural light softened by falling snow.
Jacob Lawrence once asked a favor of the painter Michael Spafford. He needed a class covered, an introductory art course he was teaching at the University of Washington. Lawrence had some business to tend to on the East Coast, he said, and left it at that. He planned to take the Wednesday red-eye and be back in time for the Thursday morning session — which Spafford offered to take on, too. But Lawrence declined. “Oh no,” Spafford recalls him saying. “These students have paid to come to the university and they’re working with me. It’s my responsibility to be there.” Later, Spafford turned on the news and realized why his friend was missing class: President George H.W. Bush was presenting Lawrence the National Medal of Arts. 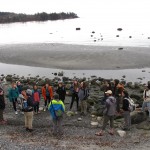 This week in the arts, visit an exhibition at the Henry Art Gallery or the Center for Urban Horticulture, attend a concert at the library, attend a field poetics workshop, and more! Closing weekend: 2019 School of Art + Art History + Design Graduation Exhibitions Each year we celebrate graduating Art and Design undergraduate and…
This week in the arts, visit a graduation exhibit featuring the works of Interdisciplinary Visual Arts students, see Tony Kushner’s epic tale of AIDS in the 1980s, attend a lecture by award-winning author and frequent New Yorker contributor Gary Shteyngart, learn about themes related to Seattle Art Museum’s exhibition ‘Figuring History’ with Catharina Manchanda, and…

Copublished with: Peabody Essex Museum, Salem, Massachusetts
This publication sets the precedent for the next generation of Lawrence scholars and studies in modern and contemporary discourse. The American Struggle explores Jacob Lawrence’s radical way of transforming history into art by looking at his thirty panel series of paintings, Struggle . . . from the History of the American People (1954–56). Essays by Steven Locke, Elizabeth Hutton Turner, Austen Barron Bailly, and Lydia Gordon mark the historic reunion of this series—seen together in this exhibition for the first time since 1958. In entries on the panels, a multitude of voices responds to the episodes representing struggle from American history that Lawrence chose to activate in his series. The American Struggle reexamines Lawrence’s lost narrative and its power for twenty-first century audiences by including contemporary art and artists. Derrick Adams, Bethany Collins, and Hank Willis Thomas invite us to reconsider history through themes of struggle in ways that resonate with Lawrence’s artistic invention. Statements by these artists amplify how they and Lawrence view history not as distant period of the past but as an active imaginative space that is continuously questioned in the present tense and for future audiences.