Tuesday, January 31, at 5 pm: Opening Reception
Join advocates for DIY spaces to share and discuss strategies for making events and spaces safer. This facilitated conversation will address a holistic approach to harm reduction, including but not limited to fire safety and building codes, medical emergencies, race/class/gender, violent aggressors, consent, disability and accessibility, and more. 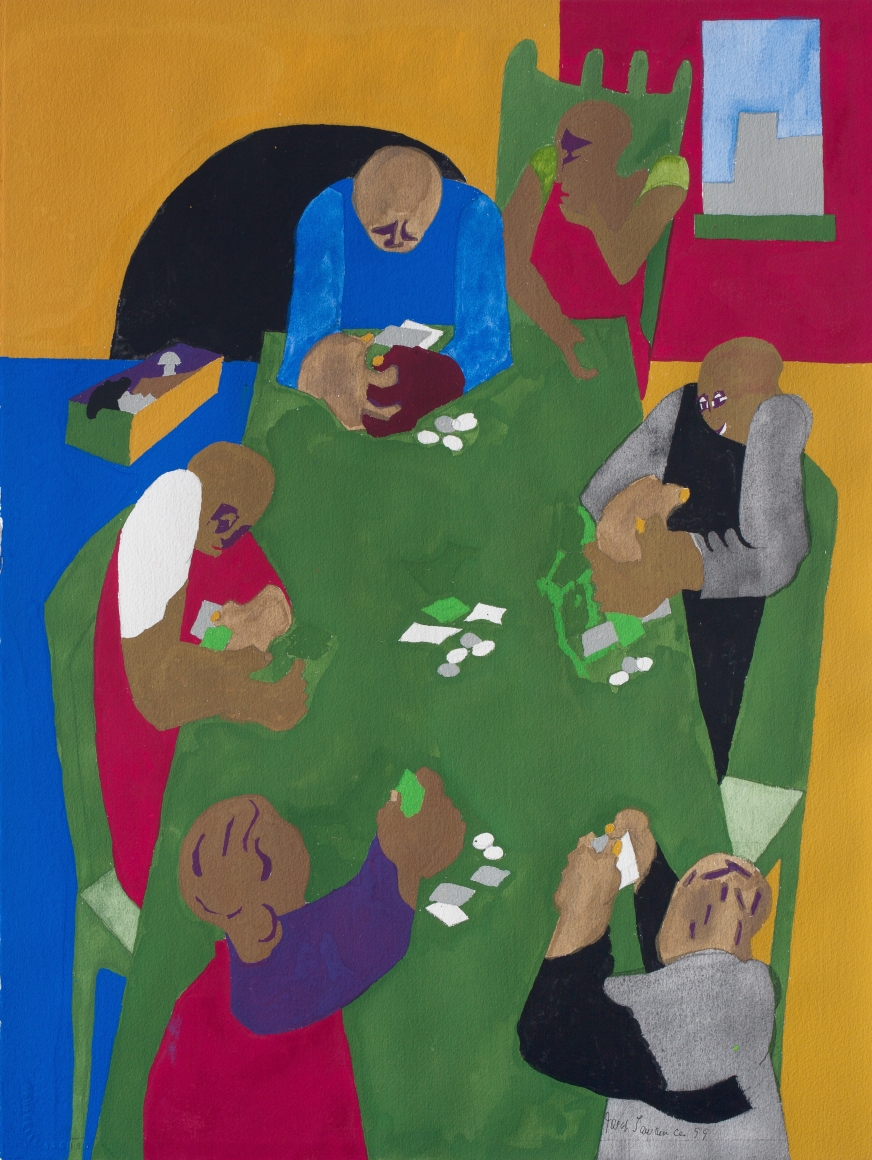 Jacob Lawrence was not a painter of horror.
An inkpot-looking thing sits nearby on the table, but Douglass seems to be writing in red. A banner of what looks like blood flows out of his chest, across the page and to the tip of his pen. He looks focused, studious, not at all alarmed.

In conjunction with One-Way Ticket, MoMA is collaborating with a variety of partners to create new commissions, projects, and events that explore the history and legacy of the Great Migration and its continuing influence on American culture—and on New York City in particular.
Along with Lawrence’s series, the exhibition includes other accounts of the Migration from the era, including novels and poems by writers such as Langston Hughes, Claude McKay, and Richard Wright; music by Josh White, Duke Ellington, and Billie Holiday; photographs by Dorothea Lange, Ben Shahn, Gordon Parks, and Robert McNeill; sociological tracts by Carter Woodson, Charles Johnson, Emmett Scott, and Walter White; and paintings by Charles Alston, Romare Bearden, and Charles White. The range of works in the exhibition sheds light on the ways in which Lawrence drew upon and transformed contemporary models for representing black experience in America.