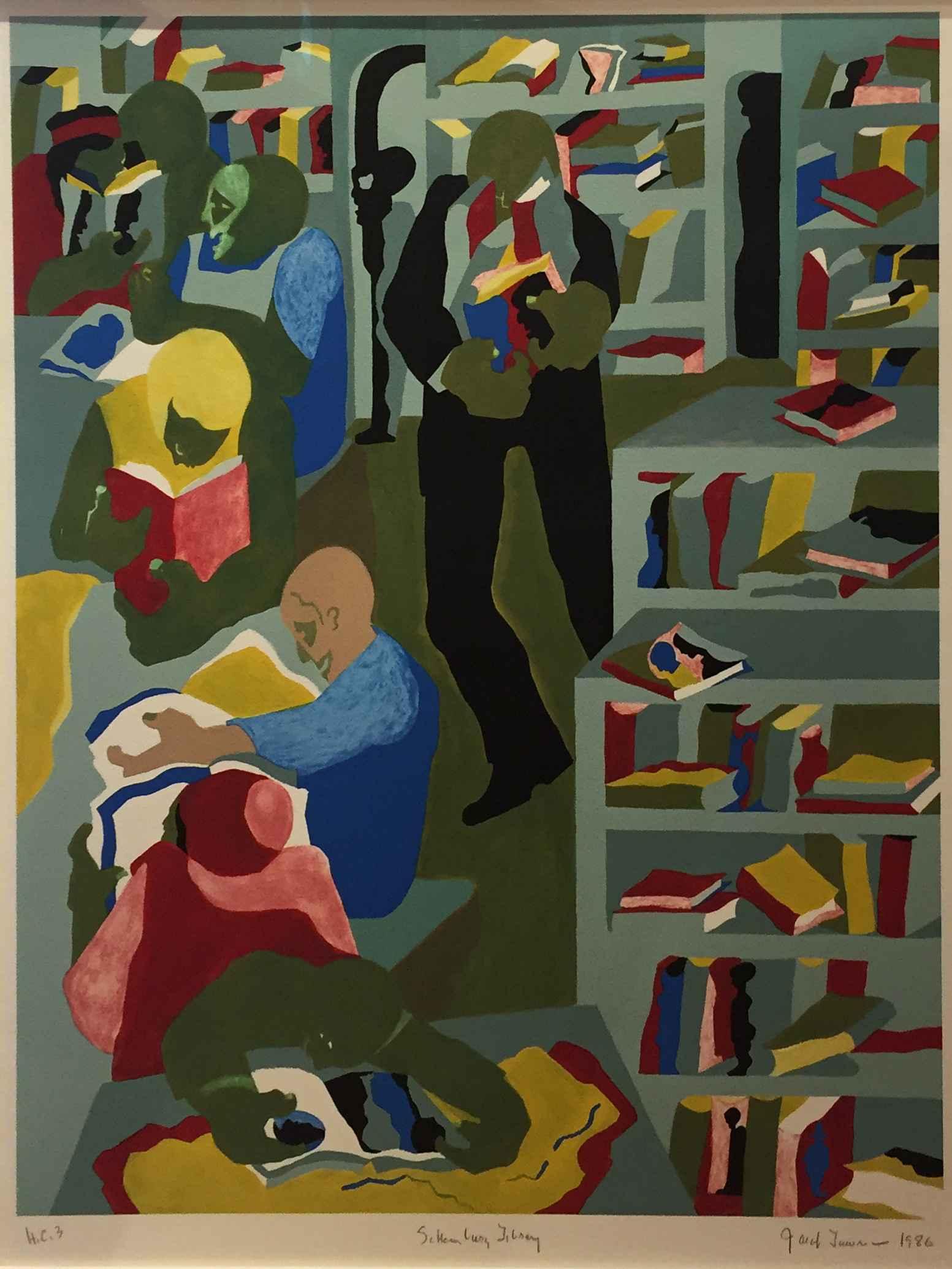 Chris and Sheila Morse, Owners
“This is my genre. the happiness, tragedies, and the sorrows of mankind as realized in the teeming black ghetto.” —Jacob Lawrence

Toggle filters to narrow and define your search
© The New York Public Library, 2020 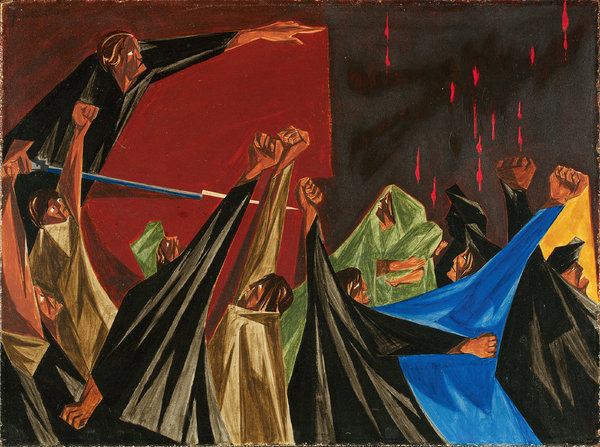 Throughout “Struggle,” Mr. Lawrence recasts familiar historical events, from the Revolutionary War through the War of 1812, that were formative in the nation’s birth. The 10th panel, for instance, reframes George Washington’s famous crossing of the Delaware River in December 1776, which was immortalized in the monumental painting by Emanuel Leutze in 1851. In Mr. Leutze’s work, the founding father stands heroically at the helm of one of the row boats traversing the icy river, leading his men to what would be a successful surprise attack against the German Hessian troops in Trenton, N.J.
Derrick Adams, 50, draws a straight line between his personal path to Mr. Lawrence, whom he first discovered as a young artist in Baltimore while writing a book report at the public library. Strongly identifying with the renown artist, Mr. Adams was motivated in 1993 to transfer to Pratt Institute in Brooklyn where Mr. Lawrence had once taught. There, Mr. Adams had the honor of chaperoning his hero, who had returned to the school to accept an award. The serendipitous encounter “was a confirmation, for me, that I was on the right track,” said Mr. Adams.