Sandro Botticelli, The Madonna and Child, with a pomegranate, in an alcove with roses behind. Courtesy of Christie’s London.
By Sarah Cascone , Sep 29, 2016 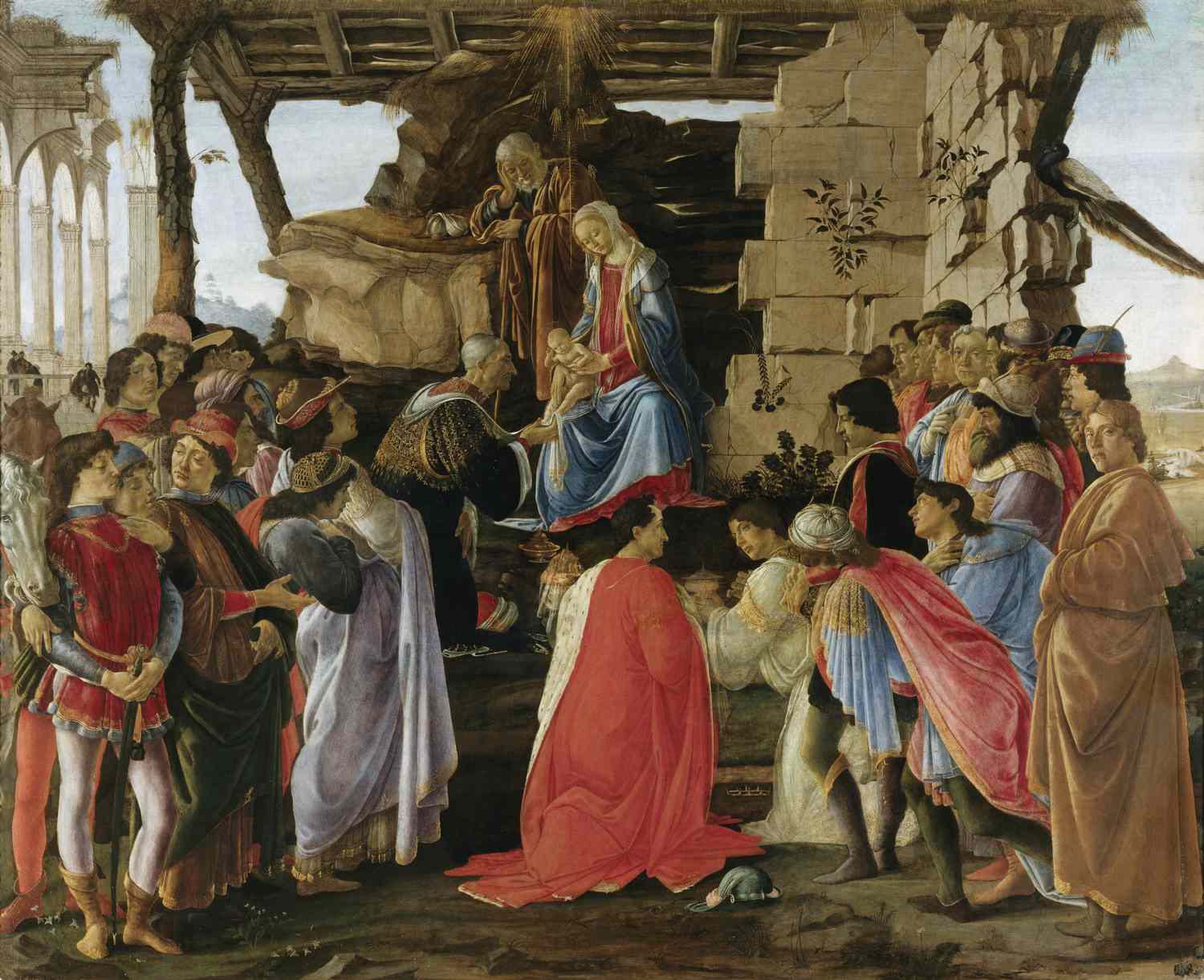 In 1481, due to his local popularity, Botticelli was one of the group of Florentine and Umbrian artists invited by Pope Sixtus IV to create frescoes to decorate the walls of his new Sistine Chapel in Rome. His work in the chapel pre-dates the better known Michelangelo pieces by nearly 30 years.
Late in the 1490s, the Medici family lost much of their power in Florence. Religious fervor took over in their place, and it reached a climax with The Bonfire of the Vanities in 1497. Many historians believe that many Botticelli paintings could have been lost.

After Lippi left Florence for Spoleto, Botticelli worked to improve the comparatively soft, frail figural style he had learned from his teacher. To this end he studied the sculptural style of Antonio Pollaiuolo and Andrea del Verrocchio, the leading Florentine painters of the 1460s, and under their influence Botticelli produced figures of sculptural roundness and strength. He also replaced Lippi’s delicate approach with a robust and vigorous naturalism, shaped always by conceptions of ideal beauty. Already by 1470 Botticelli was established in Florence as an independent master with his own workshop. Absorbed in his art, he never married, and he lived with his family.
Sandro Botticelli, original name Alessandro di Mariano Filipepi, (born 1445, Florence [Italy]—died May 17, 1510, Florence), one of the greatest painters of the Florentine Renaissance. His The Birth of Venus and Primavera are often said to epitomize for modern viewers the spirit of the Renaissance.

Botticelli was at the forefront of a major shift that took place in Western Europe as the Medieval “dark ages” were coming to a close, while Rennaissance Humanism and the rational sciences were just beginning to form an entirely new world view, which would eventually grow into the Enlightenment a few centuries later. Soon after his return to Florence, Botticelli started work on his two most famous works, Primavera (late 1470s-early 1480s) and The Birth of Venus (c. 1486). Vasari saw these works in Pierfrancesco de’ Medici’s villa and it was assumed for a long time that the works were intended for this site, but art historians are now uncertain about the origins and commissioners of these two paintings. It seems likely that the paintings were both commissioned by a member of the Medici family, but this is uncertain.
It was not until the 19 th century that his work was reappraised and began to be valued highly once more. The Pre-Raphaelite movement rejected the softer style of art espoused by Raphael and later artists, preferring the linearity of early Florentine Renaissance painting, and particularly praising Botticelli. Dante Gabriel Rossetti even owned a work by the artist, and wrote a sonnet dedicated to Botticelli’s Primavera (late 1470s- early 1480s), believing the central figure to be the same woman depicted in the portrait he owned.

Dante, the most famous of Italian poets, wrote his Divine Comedy between c. 1308 and 1320 while living in Florence. A century and a half later, it was widely read and its importance was recognized. In the 1480s, Botticelli began working on a series of drawings to illustrate the poem, 92 of which survive, including the Map of Hell. This is a detailed depiction of Dante’s nine circles of hell, the types of people sent to each, and the punishments inflicted there. It is one of four fully-colored images in the collection; the rest are mostly in silverpoint or worked over in ink.
Tempera and oil on poplar – National Gallery, London