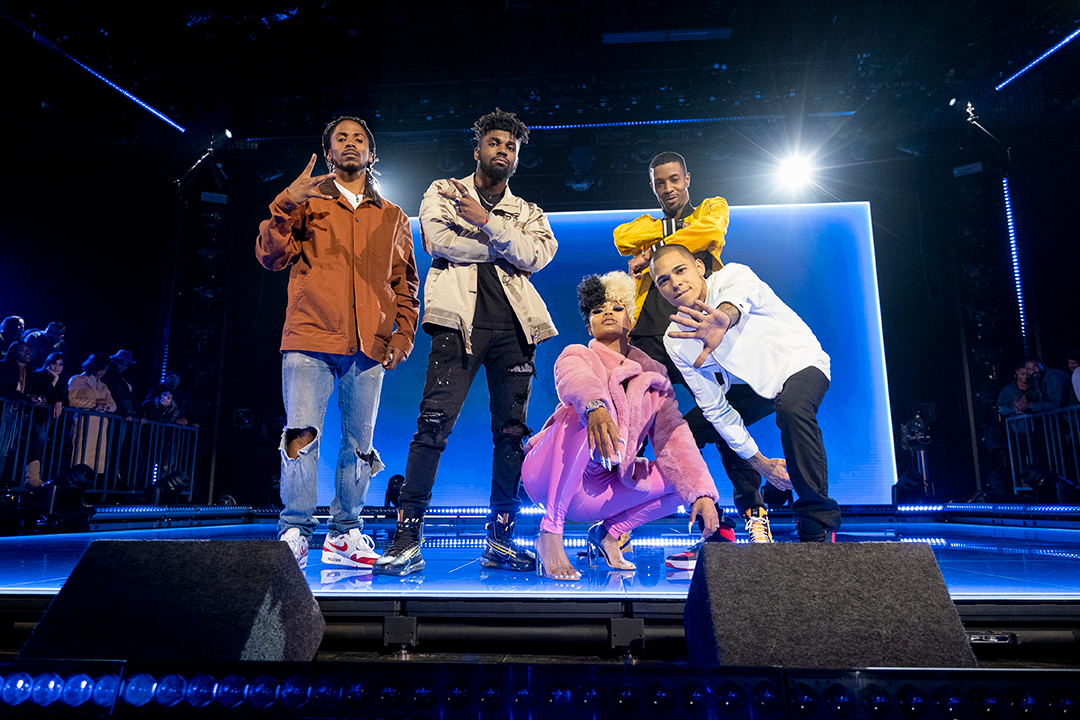 From episodes 7 to 10, the top-tier contestants—including fan favorites like Londynn B—premiered new original songs and music videos for the judges in hopes that their creativity would be enough to take them to the finals. Eventually, we were left with the *spoiler alert* top 4 (TrOyMaN, Londynn B, Flawless Real Talk, and D Smoke) who in collaboration with A-list industry producers and award show-worthy stage production, had to perform new original tracks during the finale.
The original songs performed on the finale can be found on the same exact streaming platforms. (Here they all are on Spotify). But just in case, here’s a quick list.

The show has been dubbed the “rap version of The X Factor” but let’s face it, it’s much more gripping than that.
October 23rd 2019 saw the last three episodes of the series released onto the streaming service, rounding off Rhythm and Flow’s very first season.

“I didn’t do this for the money,” Cardi said. “I obviously got a bag for doing the show, but I just wanted to keep filming every single day. I was so excited to see what these contestants were going to come up with. I got so emotionally invested. I would do a record with a lot of them — especially the winner.”
“Music competition series have been one of the most popular and beloved types of unscripted TV, but there has never been a competition show of this scale that has been focused on hip-hop before ‘Rhythm + Flow,’” said Brandon Riegg, Netflix’s vice president of nonfiction series. “We saw an opportunity to show fans an authentic look at the level of talent it takes to become Cardi B, Chance the Rapper and T.I.”