Designed by Renzo Piano Building Workshop Architects, The museum was commissioned by the artist’s heirs and was the fruit of the generosity of arts patron Maurice E. Müller. Built to house over 4,000 of Paul Klee’s works of art under a single roof, the Zentrum is located in the eastern outskirts of Bern, an area marked on one side by the curve of a motorway and on the other by the distant profile of the Alps. One of the inspirations for the project’s design was the morphology of the region, its vast expanse of hills and cultivated fields.
Zentrum Paul Klee, Courtesy of Renzo Piano Building Workshop – Photography: Denancé, Michel

The Zentrum Paul Klee is a museum dedicated to the artist Paul Klee, located in Bern, Switzerland and designed by the Italian architectural practice of Renzo Piano. It features about 40 percent of Paul Klee’s entire pictorial oeuvre.
In 1997, Livia Klee-Meyer, Paul Klee‘s daughter-in-law, donated her inheritance of almost 690 works to the city and canton of Bern. [1] Additional works and documents donated and loaned by the family and the Paul-Klee-Foundation and a further 200 on loans. from private collections contributed to creating a very large collection of works by the artist. The decision to build the museum in the Schöngrün site on the eastern outskirts of the city was made in 1998, and renowned Italian architect Renzo Piano was contracted the same year. A preliminary project was elaborated in 2000. The building was completed in 2005. It takes the form of three undulations blending into the landscape.

This only adds the use of umbrellas in the main facade, used to control the entry of natural light, as many of the works of Klee are very likely to be affected by it.
From the inside, the steel structure remains visible, and are accompanied by large arched ceilings birch with its natural color or painted white. This use of few materials must Piano wanted to emphasize the fact that the exterior landscape provide the necessary color into the museum. 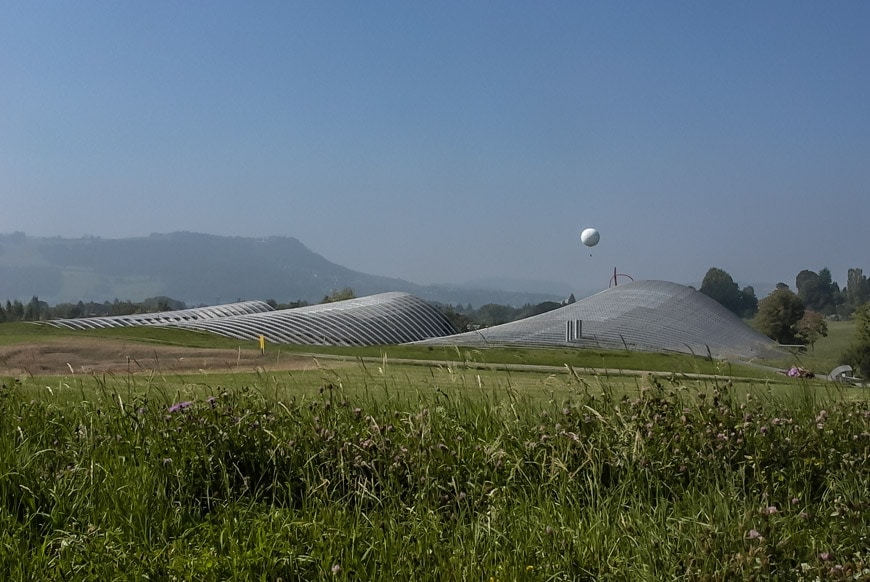 What to see at the “Zentrum”
The Zentrum Paul Klee houses a permanent collection of over 4,000 artworks by Paul Klee. The pieces are usually displayed on a rotational basis, in semi-temporary thematic exhibitions that often combine works by Klee with those by other artists, such as Wassily Kandinsky, Sigmar Polke, Alexander Calder or Henry Moore, just to name a few.
The museum’s architecture and site
The museum’s building, designed by the Italian architect Renzo Piano and which appearance is inspired by the hilly landscape encircling the city of Bern, is easily recognizable for its wavy metal roof, upon which lawns and agricultural fields have been planted with the aim to achieve a complete union of art and nature, coherently with Paul Klee’s artistic vision and philosophy.