Oskar Kokoschka painted a bulk of his portraiture between 1909 and 1914. Unlike many of his contemporaries who were also receiving portrait commissions, such as Edvard Munch, Kokoschka maintained complete artistic freedom because they were generally not ordered directly by the sitter. A majority of Kokoschka’s subjects were clients of the architect Loos, and it was Loos who ordered the portraits and agreed to purchase them if the sitter chose not to. [9] Other portraits by Kokoschka feature friends and advocates within his circle who supported the modern art of this period. Prominent members of this group who had their portraits painted include the art dealer Herwarth Walden, art supporter Lotte Franzos, poet Peter Altenberg, and art historians Hans and Erica Tietze.
Kokoschka’s portraits demonstrate the conventions of traditional portraiture, primarily regarding the perspective in which he captures the sitters. However, Kokoschka also adopted elements of the modern style which involved incorporating hands within the composition to further capture the emotion expressed through an individual’s gestures. These portraits also utilize the unconscious positioning of the sitter’s body, which Kokoschka believed would unveil the inner tensions of their subconscious. [9]

Fandom may earn an affiliate commission on sales made from links on this page.
Oskar Kokoshka is a lazy, Czech character on the Nicktoon, Hey Arnold!. He lives in Arnold’s boarding house, where he is hated by all of the other boarders. He has many flaws. He gambles badly, is illiterate, plays the saxophone horribly, has a lousy job as a paper boy, and shows little interest in anyone but himself. Oskar is married to Suzy Kokoshka, an American woman. Suzy’s cousin has a son named Oskar, named “before [she] met [Suzy’s] Oskar.” However, in several episodes, Oskar shows signs of maturing. In one episode, he becomes separated from Suzy, but Arnold brings them back together. After failing to trick others into believing he could read, he does make an effort to become literate – though it nearly got him lost forever in the City, he eventually was able to read his way back. 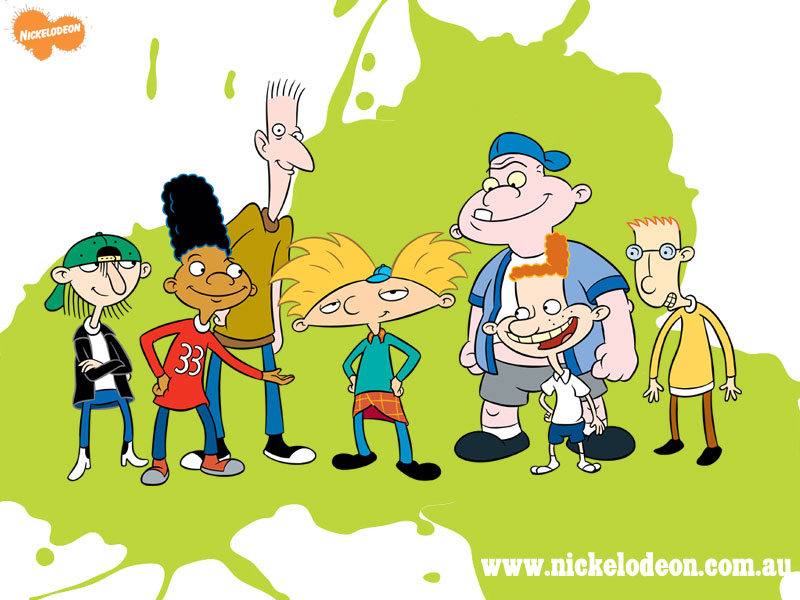 Grandpa Phil was also was Arnold’s classmate in the episode “Back to School”.
The main girl characters. From left to right: Sheena, Rhonda, Helga, Phoebe and Nadine 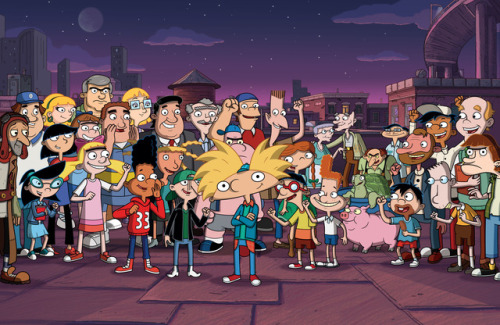 If you were a fan of Hey Arnold! during it’s original run and haven’t yet watched The Jungle Movie, do yourself a favor and watch it.
Also, the movie is set in present day just like the show was, only now present day is 2017. Bob Pataki is still selling beepers.

[Rhonda has stained her mother’s birthday mink coat, and Curly offers to help for a price.]
Hey Arnold! is an American animated television series that aired from October 7, 1996 until June 8, 2004 on Nickelodeon. It later spanned two movies in 2002 and 2017.