In January 1942, Jo confirmed her preference for the name. In a letter to Edward’s sister Marion she wrote, “Ed has just finished a very fine picture–a lunch counter at night with 3 figures. Night Hawks would be a fine name for it. E. posed for the two men in a mirror and I for the girl. He was about a month and half working on it.” [9]
Nighthawks also influenced the “future noir” look of Blade Runner; director Ridley Scott said “I was constantly waving a reproduction of this painting under the noses of the production team to illustrate the look and mood I was after”. [32] In his review of the 1998 film Dark City, Roger Ebert noted that the film had “store windows that owe something to Edward Hopper’s Nighthawks.” [33] Hard Candy (2005) acknowledged a similar debt by setting one scene at a “Nighthawks Diner” where a character purchases a T-shirt with Nighthawks printed on it. [34] The four anonymous and uncommunicative night owls seem as separate and remote from the viewer as they are from one another. (The red-haired woman was actually modeled by the artist’s wife, Jo.) Hopper denied that he purposefully infused this or any other of his paintings with symbols of human isolation and urban emptiness, but he acknowledged that in Nighthawks “unconsciously, probably, I was painting the loneliness of a large city.”
Nighthawks is a 1942 painting by Edward Hopper that portrays people sitting in a downtown diner late at night. It is Hopper’s most famous work and is one of the most recognizable paintings in American art. Within months of its completion, it was sold to the Art Institute of Chicago for $3,000, and has remained there ever since. 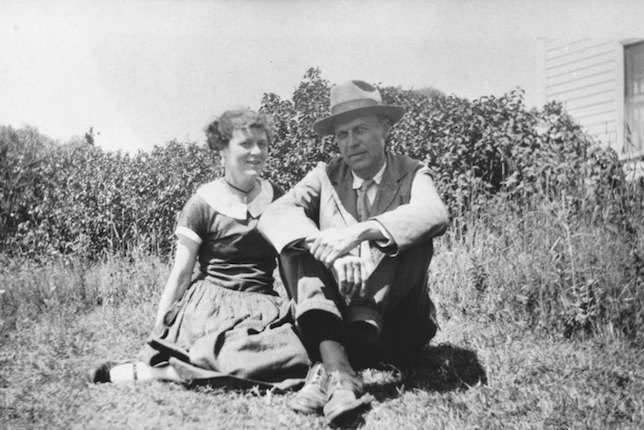 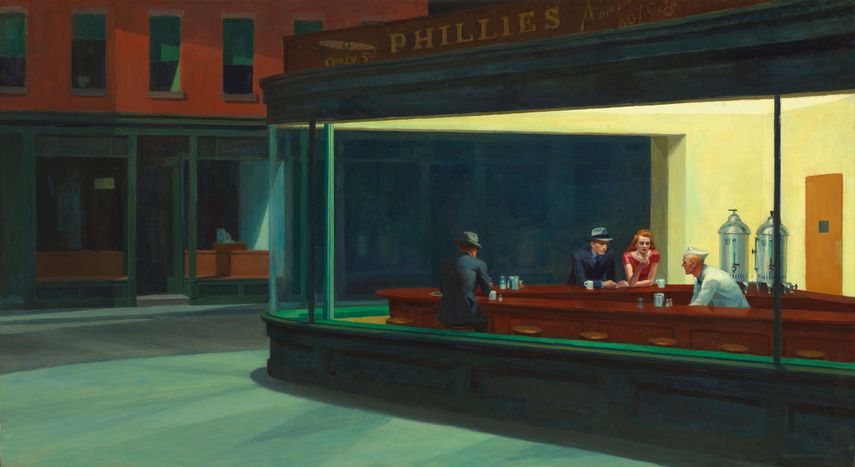 In January 1942, Josephine wrote a letter to Edward’s sister Marion about the new painting:
Edward Hopper’s Nighthawks painting depicts four characters sitting in a sparsely furnished diner at night – a woman and three men. A single light source illuminates the diner interior and spills outward toward the exterior of an empty street where the world seems to have shut down. Placed in ambiguous relationships, none of the four figures in this picture interact with one another. With characters appearing disconnected from each other and the viewer, the Nighthawks painting suggests a chilling revelation that each of us is completely alone in the world.