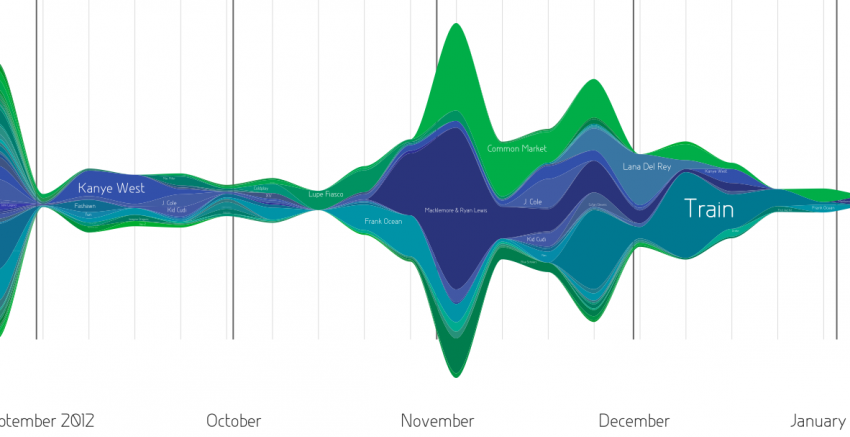 As you can see, I was just steady listenin’ to my normal rap collection for a few months. Then BAM, Macklemore & Ryan Lewis. That blew up my chart, way more than all my other music before. Got on some Common Market too (another Seattle group). The darkish green band at the bottom is Blue Scholars.

And then a few weeks later, BAM, Lana Del Rey. My two big discoveries of the semester (no thanks to college). She actually should have a lot more plays, but I bought her album and a lot of the plays were through my iPad.

And I guess I sort of had a Train rediscovery too.