Not a fan of this or CSI but I do like Mantegna, who was great as Dean Martin in THE RAT PACK, good in Spenser, he seems even better after Walhberg, and reliable in everything else.
Fifteen years? I’ve never watched it. Barely heard of it. Thought of it as a psychopath and/or serial killer of week kind of show. Psychopaths and/or serial killers don’t interest me. Is/was it more that? It would it seem to have to have been, for a TV series to be on that long.

The Last Hit Man is a 2008 direct-to-video crime thriller film directed by Christopher Warre Smets. It tells the story of an aging contract killer who finds himself in crisis between his daughter and his job after an assignment gone awry.
After he botches a hit, an aging hitman (Joe Mantegna) discovers that he’s dying and decides to hide the truth from his daughter, who’s also his business partner and getaway driver. When a younger hit man is sent to clean up the mess, he ends up impacting their lives in more ways than initially intended. 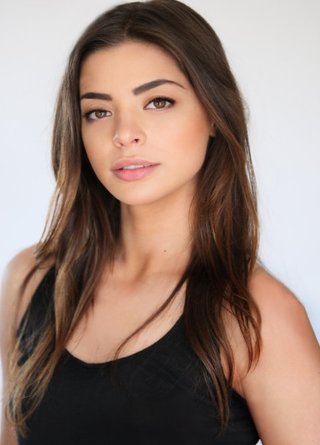 Do you like this video?
Mantegna was born on April 17, 1990 to actor Joe Mantegna and restaurateur Arlene Vrhel. She was born in Manhattan, New York, but raised in Los Angeles, California. While growing up, Mantegna was engaged in activities outside of acting, being a trained gymnast, ballerina, and singer. She could also play the saxophone and piano.

Joe spent the summer of 2000 in Spain and France filming the feature Off Key with Danny Aiello and George Hamilton. The comedy is about a trio of famed opera singers who unwittingly find themselves reunited at a wedding ten years after their tempestuous breakup. В Joe headlined a series of original films for the A&E Network, based on Robert Parker’s popular Spenser detective novels. The first, Small Vices, premiered in summer of 1999 with the second, Thin Air, following in fall 2000.В His last entry to the Spenser series, Walking Shadow, continues to play on A&E. Due to budget cuts A&E has no future plans for more in this series.
Spring of 2001 found Joe in Venice, Italy for several weeks filming the feature, LAGOON.В 2001 was a busy year for Joe. He finished production on the SHOWTIME film, Men Vs. Women! that co-starred Paul Reiser, Christine Lahti and Glenn Headly, directed by Chazz Palmenteri.В