The Garden of Pan is a painting by the pre-Raphaelite artist Edward Burne-Jones which was completed around 1886 and is currently housed at the National Gallery of Victoria. [1]
The subject of this painting was originally to form part of a piece inspired by Burne-Jones’s visit to Italy in 1872. The original had intended to depict “the beginning of the world — with Pan and Echo and sylvan gods, and a forest full of centaurs, and a wild background of woods, mountains and rivers.” [2] The artist, at some point, decided that the subject was too large and settled on the present design in a series of sketches made in the mid-1870s. [2] 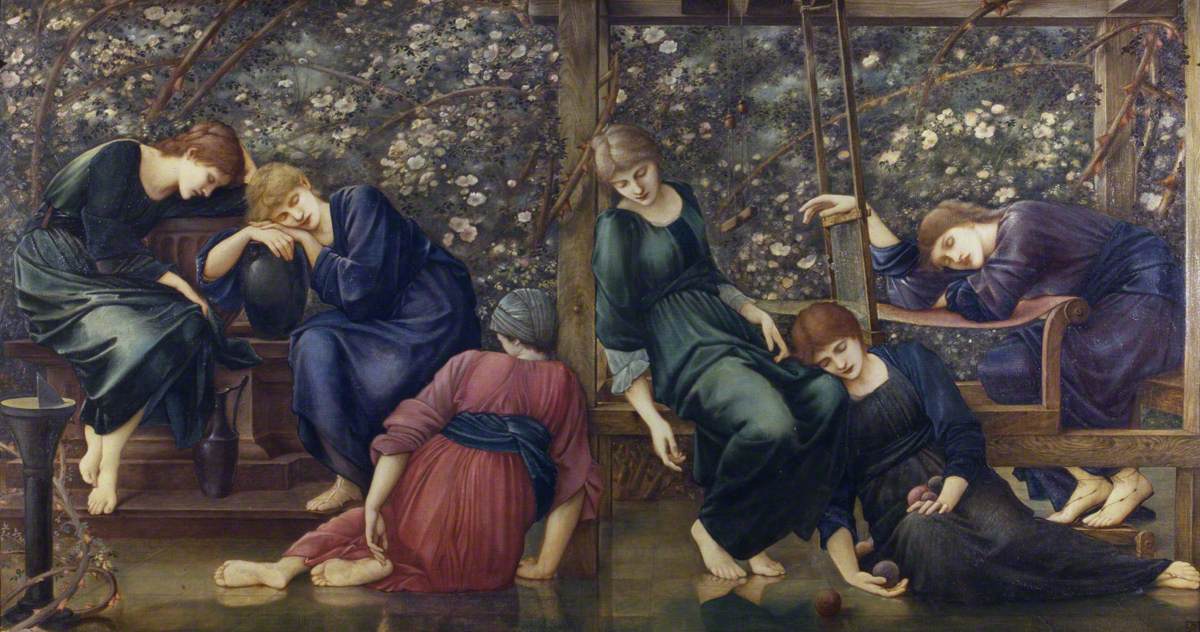 The collection that owns the artwork may have more information on their own website about permitted uses and image licensing options.
Review our guidance pages which explain how you can reuse images, how to credit an image and how to find images in the public domain or with a Creative Commons licence available. 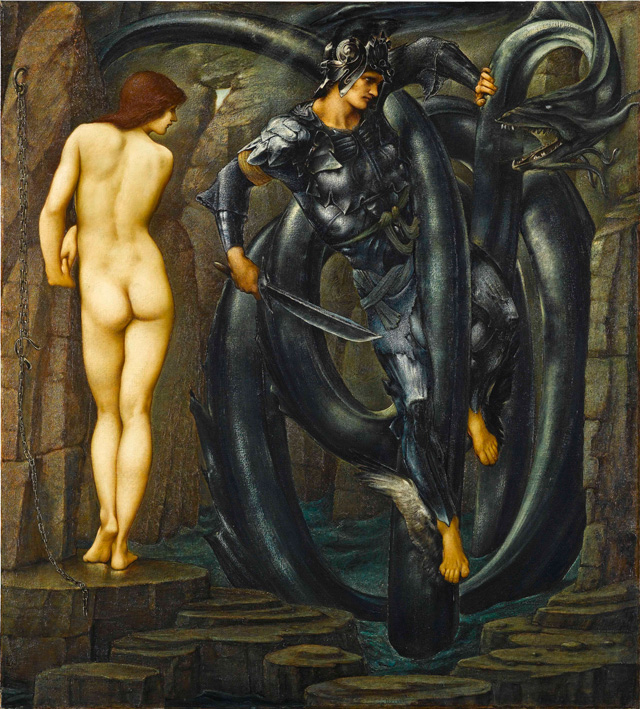