Sotheby’s did not identify the buyer, saying only that it was an anonymous telephone bidder.
The record was reached in just eight minutes of “fast and furious” bidding, according to Sotheby’s, with at least ten potential purchasers battling it out for the rare work in a hushed sale room.

L’Homme qui marche I (The Walking Man I or The Striding Man I, lit. The Man who Walks I) is the name of any one of the cast bronze sculptures that comprise six numbered editions plus four artist proofs created by Swiss sculptor Alberto Giacometti in 1961. [1] [2] On 3 February 2010, the second edition of the cast of the sculpture became one of the most expensive works of art ever sold at auction, for $104.3 million. Its price meant it was considered the most expensive sculpture, [3] [4] until May 2015, when another Giacometti work, L’Homme au doigt, surpassed it. [5]
Edition number one of the sculpture is located at the Carnegie Museum of Art in Pittsburgh, Pennsylvania. [1] Edition number two belongs in a private collection. Other casts of L’Homme qui marche I include those at the Fondation Maeght in Saint-Paul, Alpes-Maritimes, the Albright-Knox Art Gallery in Buffalo, NY, and Louisiana Museum of Modern Art near Copenhagen, Denmark. [13] 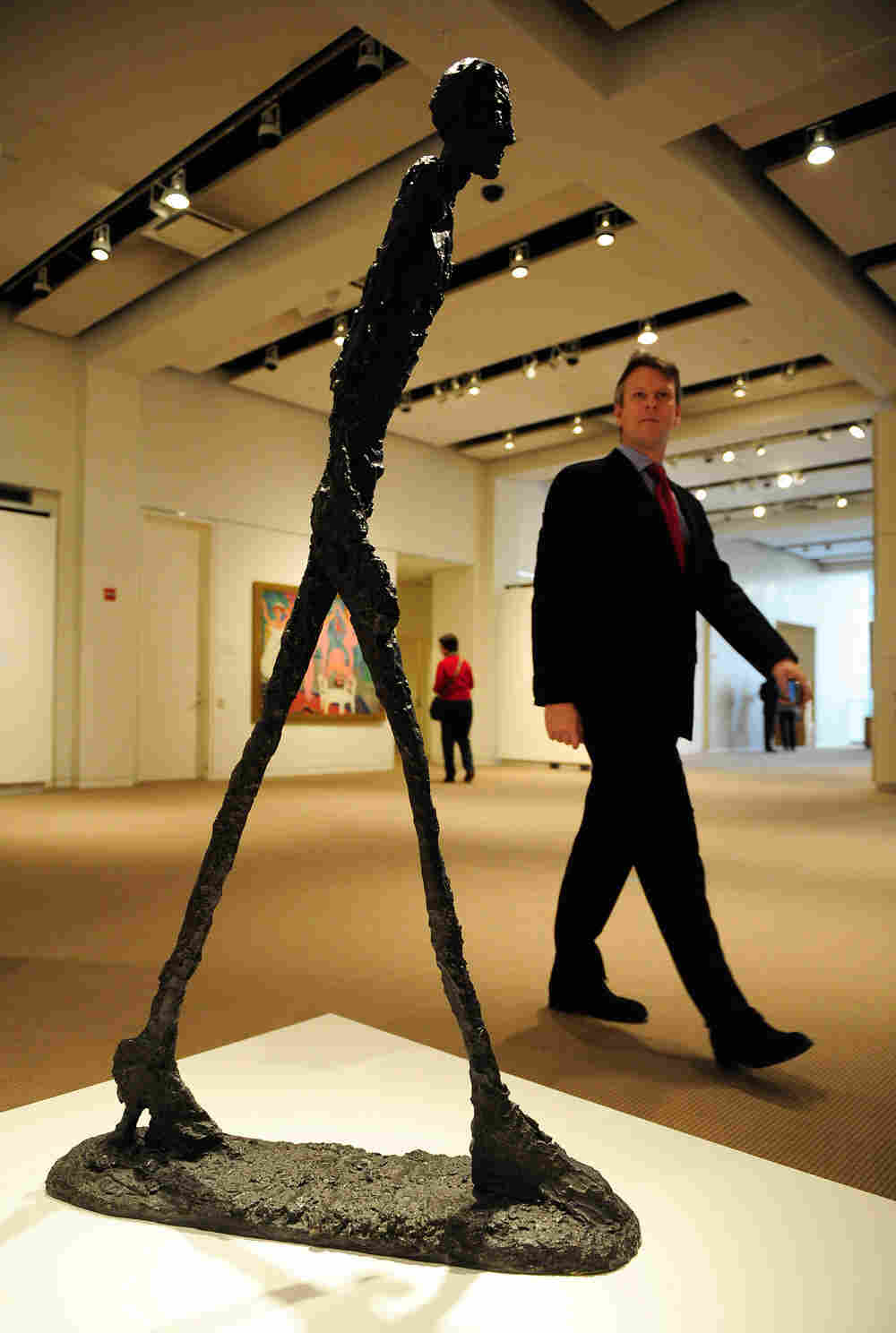 The sale at Sotheby’s in London Wednesday evening to an anonymous buyer set a new record for an art work sold at auction.
The price breaks the existing $104.2 million auction record, set six years ago at Sotheby’s, for Pablo Picasso‘s 1906 portrait “Boy With a Pipe,” whose buyer remains unknown.

In one of the most important restitution cases for several years, the painting was offered for sale following an agreement between the European private collector who owned it and Georges Jorisch, the 81-year-old great nephew of the original owner.
In the same impressionist and modern art sale, a rare landscape by Gustav Klimt fetched 26.9 million pounds ($43.2 million), well above its pre-sale estimate of 12-18 million pounds.